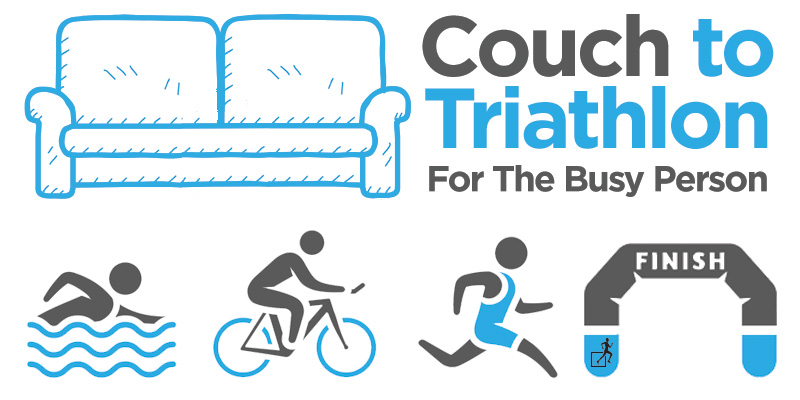 Well, Only 2 more weeks of training left. I likely will not “taper” my training in the pure sense of the word, but I will relax and take care of my body more in the week leading up to the race.

This next week has a few “brick” workouts as well as more running.

I have been enjoying the summer, and it has been HOT here… like 100 degrees at 10 AM hot, so I have had t really rush out of bed and get my bike or run in before the sun came out. I also took the family camping, but it was at a lake, so I got a few short laps in some open water.

My running has been a struggle lately. I don’t do well jumping out of bed and going right into running (my back hurts, my gait is off, and my body position sucks). I much prefer an “on-ramp” that lets me work into the day, and head out mid afternoon for a good run. My body at that point has been moving for awhile, and I find I just feel better on the road/trail after a half day of being active. I think it allows my body to get back into awake mode.

This morning I did about 10 hard miles on the bike, uphill both ways, and decided to jump off afterward and take a short run. The running felt like a million bucks. It stretched and relaxed all the places that were tight from the bike, and my body felt like it was totally aligned.

I now am looking forward to the run on race day for two reasons… one is because it will mean the last leg of the triathlon, and the second, because I think my body will be warmed up and ready to run.

Sarah posted a great post on Getting the right gear for a Triathlon early in this process… You can see it here.

So, in my best fashion, I ignored every bit of advice, and just bought whatever I wanted. 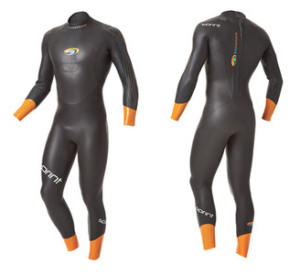 Well, I’ve been through a ton of pairs of goggles. but finally settled on the TYR Sport Special Ops 2.0 Polarized Camo Goggles. These are nice, give a good field of view, and I have had 0 problems with leaks. I also like the polarized lens for the open water swimming. It also has a little shoutout to my Marine Corps roots with the camo decoration.

For training I was wearing some board shorts early on, but quickly found that was the worst idea and created a lot of drag. I quickly decided to make the change to the Digi Camo Jammer by TYR… streamlined, and of course, camo to match the goggles. (What can I say, you spend 4 years of your life wearing camo, and it becomes your style. I’ll likely wear these on raceday under my…

WETSUIT… boy, these things are expensive, but there are some great options, and I wasn’t too comfortable renting one. So I chose the Blueseventy Sprint Fullsuit. Everything I read about it said it had some high end features at a beginners level price. A lot of people said I didn’t need a wetsuit, but there are two good reasons to wear one… they keep you from going numb, and they HELP YOU FLOAT.

The wetsuit is getting delivered today, and I will for sure get out in the river with it next week and give a full review. 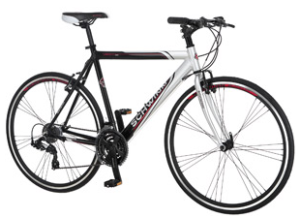 I have an old Schwinn I bought about 6 years ago from Wal-Mart that cost me around 200 Bucks. Its like this one, but it has a straight commuter handlebar on it that I have been using for training. I bought some aero bars from eBay for 30 bucks, but haven’t gotten the shift/brake situation figured out.

All things considered, I am fine with the bike as it is. I may keep my eyes open for some decent drop bars, but if it’s too difficult, I’m in a ver “run what you brung” phase with the bike.

Also, I’ll be wearing my running shoes on the bike. I have never liked clipless pedals (why do they call them that), and it will save me a lot of time on transition.

I am thinking of getting a new pair of shoes this weekend. I have been a bit partial to the Nike (GASP) Lunarglide series, but I also may try something from Skora. I’ve had a pair of their Form shoes that I used mainly for the gym, but may try some short runs in them to see how the “zero drop” works for my running style.

Well, for the swim, I’ll wear my Jammer under my wetsuit, and when I transition into the bike I’ll throw a StrideBox shirt on, and probably a pair of shorts over the Jammers for the run (just for some modesty). I thought about going all out with a StrideBox Tri-suit, but with the investment in the wetsuit, I figured the Tri-suit was just a glorified shorts and tank top.